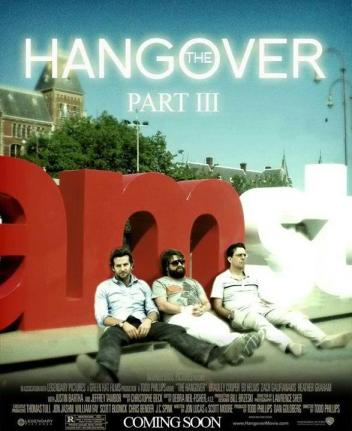 Overview: In the aftermath of the death of Alan’s father, the wolfpack decide to take Alan to get treated for his mental issues. But things start to go wrong on the way to the hospital as the wolfpack is assaulted and Doug is kidnapped. Now they must find Mr. Chow again in order to surrender him to the gangster who kidnapped Doug in order to save him.Written by HeWhoShallNotBeNamed
The DVD Archive: As we have already seen an increase in the amount of fans thta this franchise has coming out of its behind, I would be very surprised if that was the case, and as I’m pressing my foot down to the  Status Quo, if there are no disregarded elements within this instalment, then we don’t see any reason not to include it in the “Hives Top 10”. Here’s the Trailer…
The Hangover Part 3 (2013 Official Trailer)